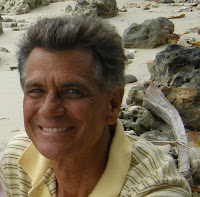 Gerry is a Malaysian based marine ecologist, Research Fellow and Advisor to the National University of Malaysia, and marine consultant to the Andaman Resort, Langkawi.

I saw my first Leatherback turtle in the Florida Keys long before that string of gorgeous islands became the foundation of endless high-rise buildings. It reminded me of a flattened car; it was huge! 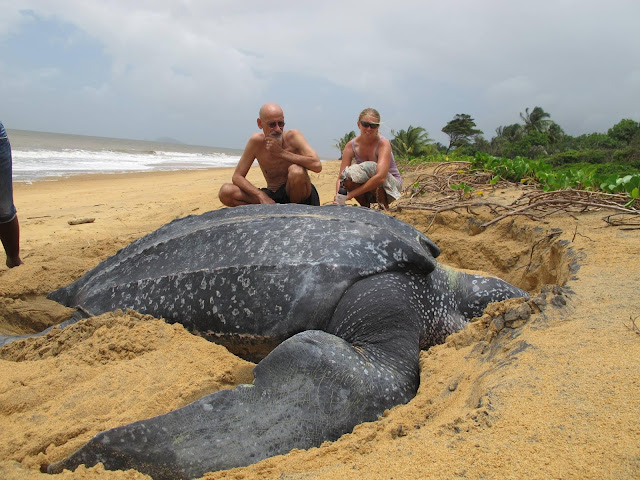 Leatherback turtles can grow to over 3 m long and weigh nearly 1,000 kg. Its front flippers can reach an amazing 2.7 m. They dive to depths of more than 1,000 m and can make trans-Pacific migrations from Indonesia to the U.S. Pacific coast and back again. Surprisingly, they are no larger than other sea turtles at hatching weighing in at only 46 g.

More amazing is that these ancient giants that evolved about 110 million years ago feed almost exclusively on jellyfish. They follow their prey into deep water by day and shallow water by night. They range from the tropics to water as cold as 0.4 °C.
How can such an impressive animal get into trouble? 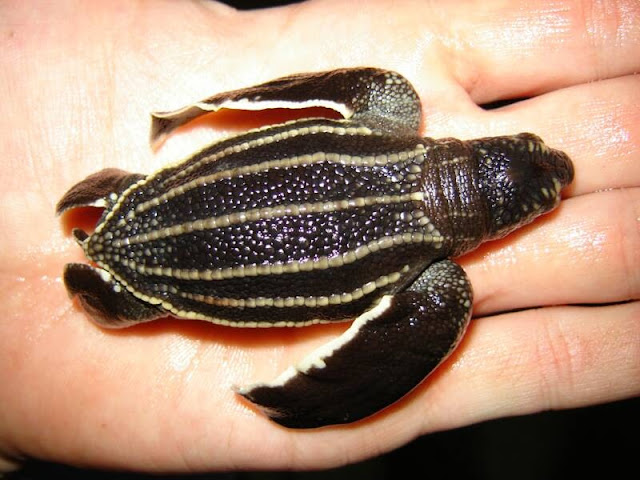 Recent estimates of global nesting populations are that 26,000 to 43,000 females nest annually, which is a dramatic decline from the 115,000 estimated in 1980. Now an international team led by the University of Alabama at Birmingham (UAB) has discovered a frightening 78 percent fall in the number of nests. The leatherback sea turtle (Dermochelys coriacea) is already critically endangered (IUCN) and the turtle's last stronghold in the Pacific Ocean is now collapsing according to this February 26 report in Ecosphere.

Leatherback nests at Jamursba Medi Beach in Papua Barat, Indonesia now account for 75 percent of the total Leatherback nesting in the western Pacific. Tragically, nesting has fallen from a peak of 14,455 in 1984 to a low of 1,532 in 2011. Less than 500 leatherbacks now nest at this site annually. A nearby ‘secondary’ nesting site at Wermon Beach, Papua Barat now supports less than 1,000 nests and is failing as well.

The team identified four major problems facing leatherback turtles: beach predators, such as pigs and dogs that were introduced to the island now eat the turtle eggs; rising sand temperatures kill the eggs or prevent the production of male hatchlings; the danger of being caught by fisheries during migrations; and harvesting of adults and eggs for food by islanders. It is this last factor that has the greatest impact on these gentle giants. 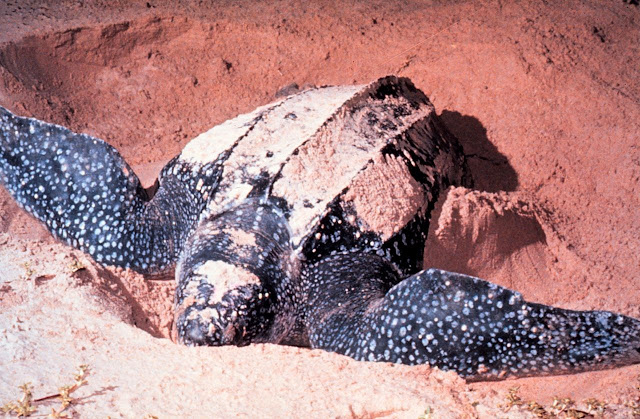 People around the world annually harvest sea turtle eggs. Asian exploitation of turtle nests has been cited as the most significant factor for the species' global population decline. In Southeast Asia, egg harvesting in countries such as Thailand and Malaysia has led to a total collapse of local nesting populations. In Malaysia, where the turtle is virtually locally extinct, the eggs are considered a delicacy. In the Caribbean, some cultures believe the eggs are aphrodisiacs.

"The leatherback is one of the most intriguing animals in nature, and we are watching it head towards extinction in front of our eyes," said Dr. Wibbels of the University of Alabama at Birmingham.

The Leatherback’s vulnerability lies in its extraordinary migrations. Travelling more than 7,000 km from Indonesia to California takes it through the territories of at least 20 countries. Many have different laws and varying enforcement. 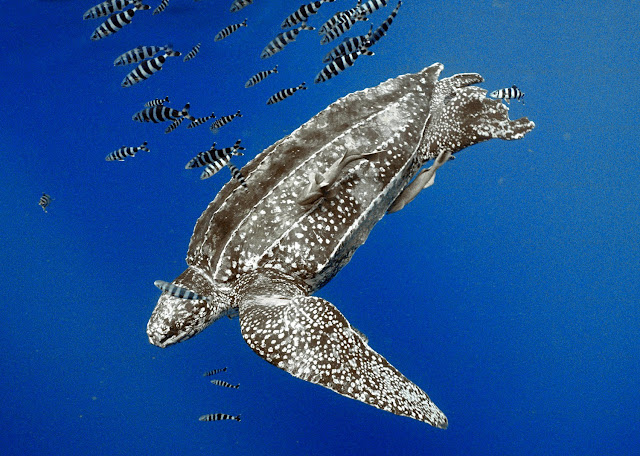 Mr. Tapilatu, a native of western Papua, Indonesia, and research team member has studied Leatherback turtles and worked on their conservation since 2004. His work has been recognized by NOAA, and he will head the Leatherback conservation program in Indonesia.

Conservation will rely heavily on education of local people and be backed up by a Leatherback hatchery. The hatchery will relocate nested eggs to more suitable temperatures and predator-free locations. But more must be done to protect the giant Leatherbacks on their trans-oceanic migrations.

"Only one hatchling out of 1,000 makes it to adulthood, so taking out an adult makes a significant difference on the population," Dr. Wibbels said. "It is essentially the same as killing 1,000 hatchlings."

"If the decline continues, within 20 years it will be difficult if not impossible for the Leatherback to avoid extinction," said Dr. Wibbels. "That means the number of turtles would be so low that the species could not make a comeback.

Is it only coincidence that the approaching extinction of a jellyfish predator is reported among headlines from around the world describing the almost global jellyfish ‘plagues’ that now close beaches, foul nets, and block seawater intakes on a daily basis? 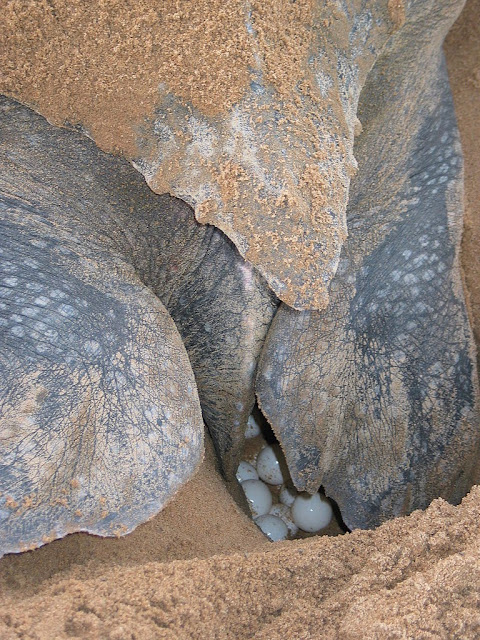